Afternoon tea is a long-standing British tradition, which has brightened afternoons since the 1840s. Did you know that Anna, the seventh Duchess of Bedford, introduced afternoon tea in the early 19th century in England? Back in the day, it was customary to have just two main meals a day, a hearty breakfast and a late dinner around 8 o’clock, resulting in a long waiting time in between meals.

A great excuse to eat a snack, isn’t it? This is how the Duchess came up with the idea of a light meal consisting of cut fingers sandwiches, scones with clotted cream and jam, cakes and pastries. Of course, all this served with a cuppa.

Friends were soon invited to join her in her apartments at Woburn Abbey, and this summer ritual became so popular that Anna continued it when she returned to London. She would often send invites to her friends to join her for “tea and a stroll in the grounds”. I wasn’t long until other social hostesses started doing the same thing and, in the blink of an eye, the entire upper class would be sipping tea and snacking in the middle of the day. 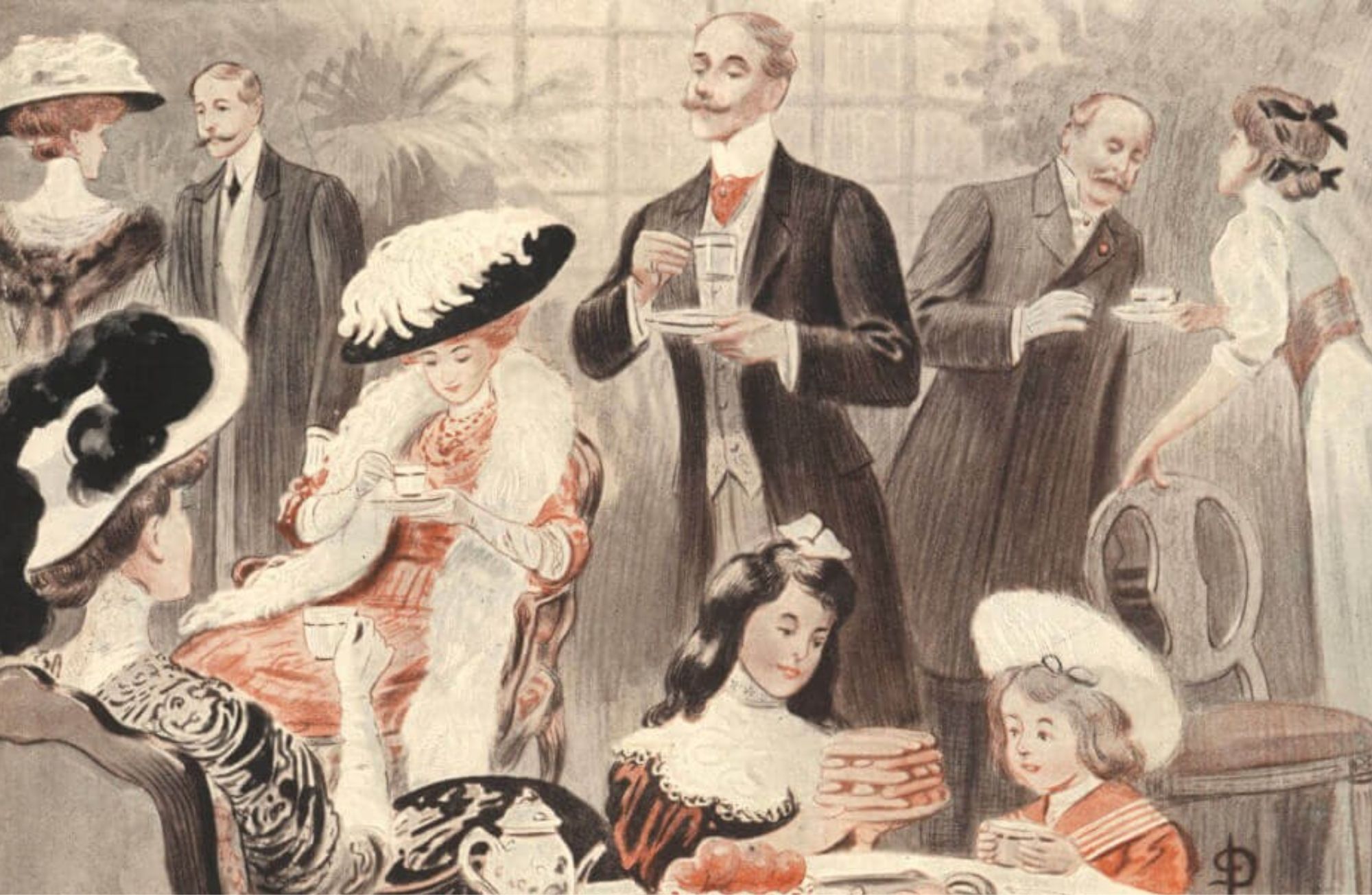 What is High Tea?

Tea drinking not only turned out to be a social event for the upper class but also transformed the way tea was consumed. With many people not having dinner until 8 o’clock, this afternoon snack evolved into a “mini-meal” to fill the void temporarily.

While the upper class would enjoy this, the working-class had different schedule as well as budget. First, exhausted industrial workers wouldn’t get home until six o’clock and they’d be starving. Second, they couldn’t afford to waste tea on non-essentials. Consequently, high tea emerged as a substantial evening meal for the working-class that would include a mug of tea, bread, vegetables, cheese and sometimes meat.

Soon after, the upper class blended elements from both afternoon tea and high tea resulting in their own creation. Foods such as pigeon, veal, salmon, and fruit were all added to the meal. 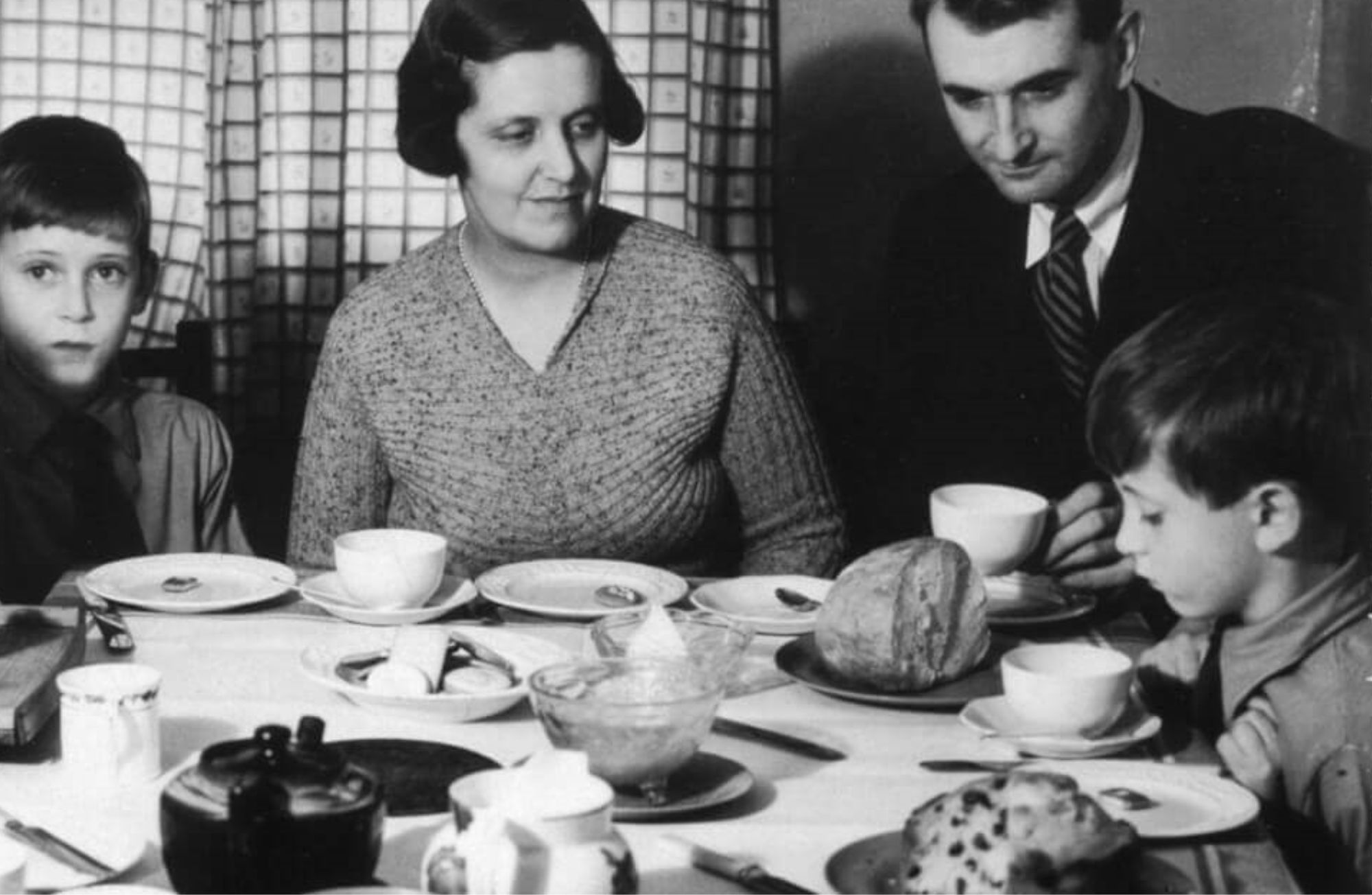 What’s the difference between high tea and afternoon tea?

High tea was a staple of daily life for the working-class, whereas afternoon tea was primarily a social gathering for the upper-class. High tea was named after the way it was traditionally served at a formal dining table. On the other hand, afternoon tea was served in a more laid-back setting with guests lounging on comfortable sofas, low chairs and cushions on the floor.

No visit to Jersey is complete without indulging in the great British tradition. With plenty of options to choose from, ranging from luxury 5-star hotels, quirky venues to charming tea rooms. Here are a few suggestions:

Longueville Manor is a beautiful choice for a decadent experience in the countryside. As you sip your tea and savour dainty cakes, you’ll step back in time to those sociable afternoons when Anna was the Duchess of Bedford.

La Mare Wine Estate is perfect to unwind al fresco while soaking up the views of the vineyard. Enjoy a delectable afternoon tea made with the finest award-winning, home-made products, including the Estate’s own Jersey Black Butter and strawberry jam.

The Savoy Hotel is the place to be if you’re looking for somewhere different in town. Afternoon tea is served in a deck flooded with natural daylight where you’ll feel instantly relaxed. Besides tea, you can also indulge in a premium G&T.

The Atlantic Hotel is a blend of breath-taking views over St. Ouen’s Bay with an exquisite New England-style setting and a tea tray packed with gourmet sandwiches, freshly baked cakes, pastries and traditional scones. 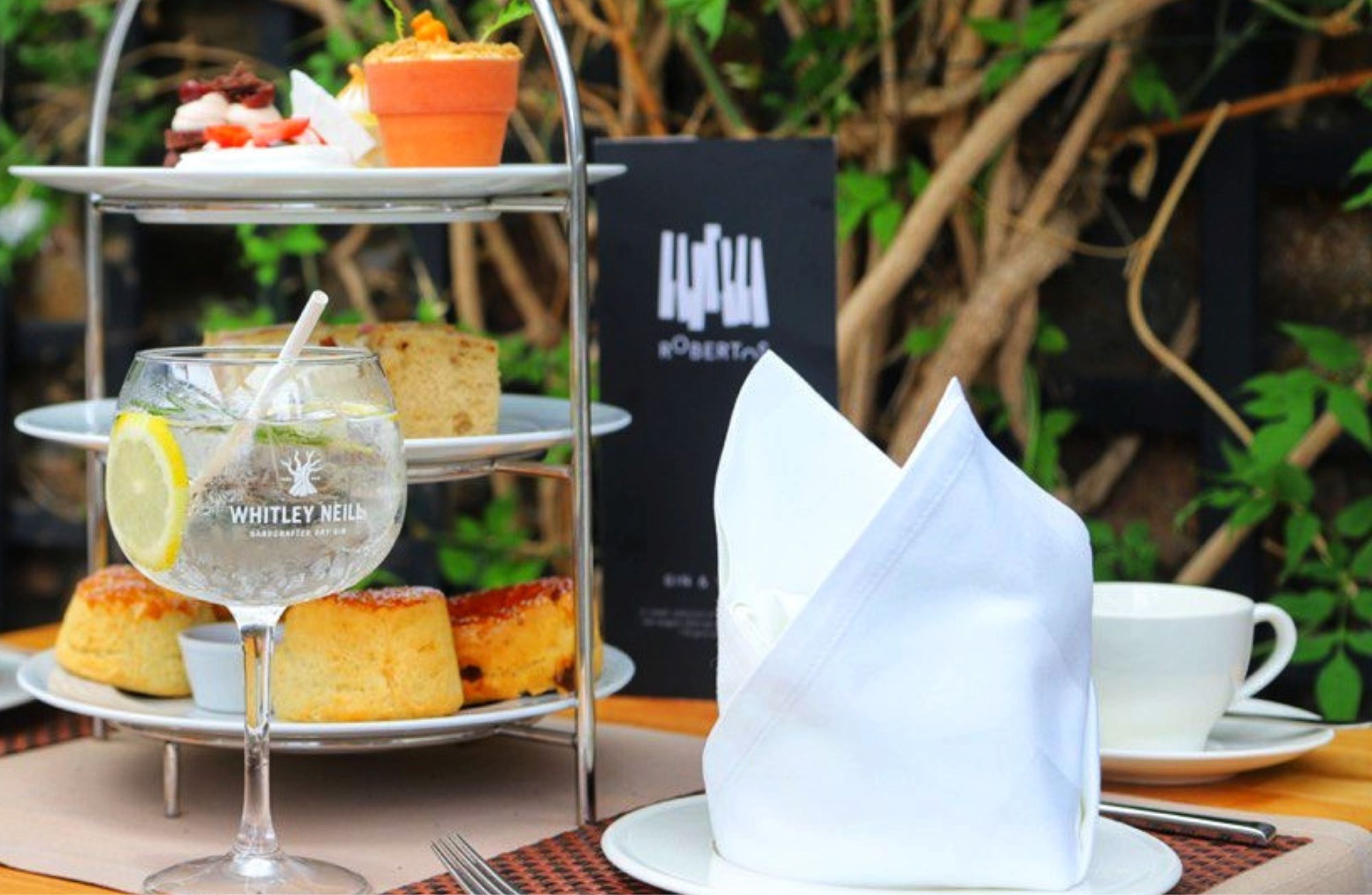 Afternoon Tea with premium G&T at The Savoy  Hotel

Are you joining the celebrations? We highly recommend to book in advance to avoid disappointment as this time of year is usually a busy period in Jersey.