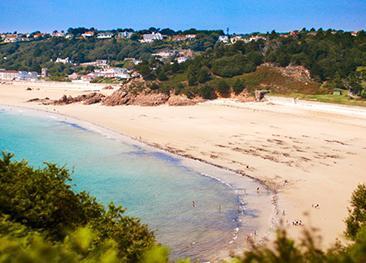 Pronounced 'Way-nay', Ouaisne is a secluded and popular bay on Jersey's south coast.

Often mispronounced (It sounds like Way-Nay) but nonetheless much loved Ouaisne is a secluded and popular bay on Jersey's south coast, and is considered by some to be the calmer and quieter little sister of St. Brelade's Bay.

Ouaisne is a wide sandy beach, sheltered from southerly winds by a rocky headland which contains one of the most important archaeological sites in Europe, La Cotte de St. Brelade. Accessible from St. Brelades Bay on foot, at low tide it’s possible to stroll straight across the sand, while at high tide a rocky pathway winds through a small pine wood.

While Ouaisne has less in the way of amenities than its neighbour, Kismet Cabana beach kiosk offers breakfasts, lunches and weekend dinners, and the Old Smugglers Inn pub has been serving refreshment to those passing through since the 17th century.

On Christmas Day morning each year hundreds of hardy islanders gather at Ouaisne for a traditional yet chilly dip in the sea.

There is a public car park and public toilets at the beach, but unfortunately no direct bus access. Route 12a serves St. Brelades Bay and it’s possible to walk between the two. 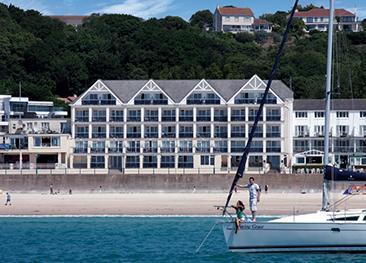 The Golden Sands hotel opens straight onto one of Jersey’s most beautiful and popular beaches. 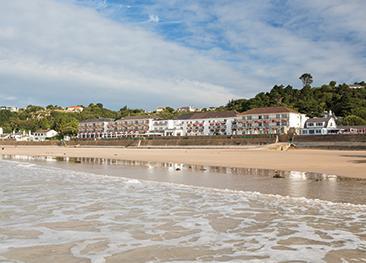 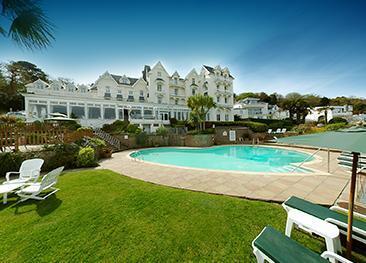 The Somerville is a large and beautiful hotel located in a prized location, overlooking the picturesque St Aubin’s village and harbour. 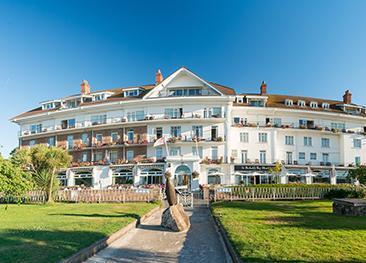 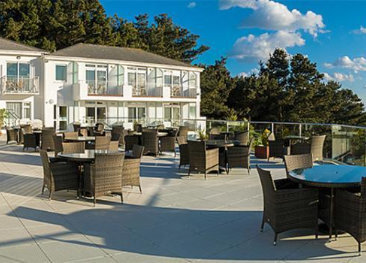 The Biarritz Hotel is one of Jersey's longest established hotels and is ideal for couples and families alike. 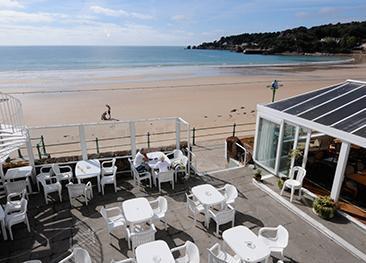 Beau Rivage Apartments offer direct access to the beach and stunning views over St Brelade’s bay, the most attractive sandy bay in Jersey. 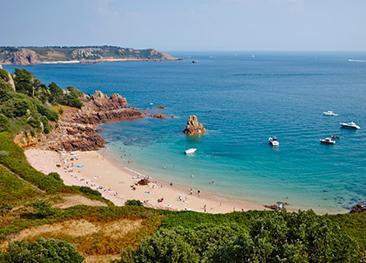 Beauport Bay is an idyllic corner of Jersey, close to the busy St. Brelade's Bay but seemingly a world away. 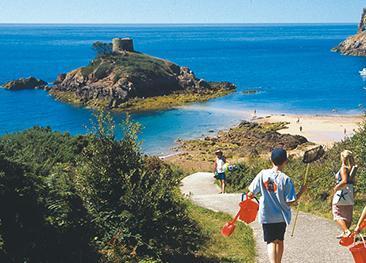 Portelet is a charming bay with golden sands and clear waters, perfect for swimming and snorkelling. 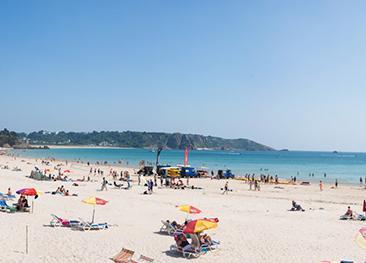 Located on Jersey's south-west coast and provides a natural amphitheatre for sun-bathing, swimming and water sports.